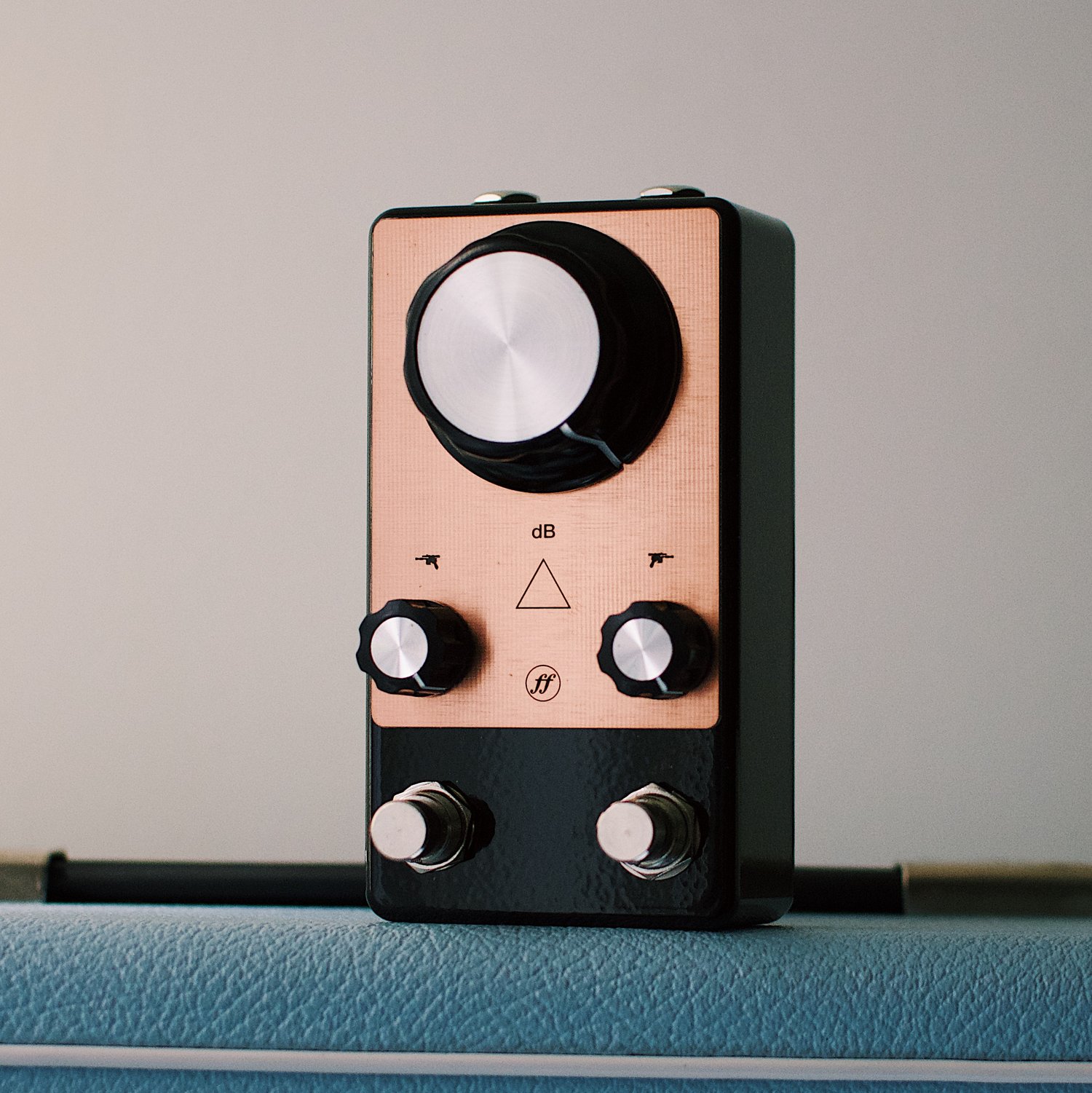 This simple little thing can sound huge! Odin is an octave fuzz with simplicity and versatility in mind. The right footswitch engages the pedal, while the left alternates between class fuzz tones and soaring octave fuzz. Odin's two internal trip pots are moved outside in this new version to allow easier fine-tuning of the gain of your fuzz. Its simplicity lets you you get past knob-turning and simply turn on and rip!

Odin is dreamed up, designed and handmade in Norway.

More from the builder:
This time in my favorite format: simple yet powerful. Rightmost foot switch bypasses and leftmost foot switch toggles snappily between a beautiful, warm vintagey fuzztone and a brilliantly clear and cutting octave fuzz.

I spent a lot of time getting the octaves just right and that means you can use this thing for chord work, but also for really clear and glassy octave tones.

The octaveless circuit features internal trimmers to allow you to add or subtract gain at two different places in the circuit, giving you options if either a sweet, light gain overdrive or a very thick and heavy, doomy fuzz or anything in between. One shared volume control makes this the simplest, most flexible pedal on your board and the perfect live fuzz for pretty much anyone!

You know how some pedals seem to write riffs on their own? This is one of them. I put dozens of riffs into each one, by hand and I would suspect that you get a minimum of three half decent songs out of it.

I've tinkered with this circuit for years, but was actually first introduced to its ancestry by Ruban of Unknown Mortal Orchestra almost 10 years ago. He let me try this amazing fOXX Tone Machine he had built and I immediately knew how to get it even better. This is it. It's the only circuit I ever got right first try. I simply ditched the tone control and clipping stage and changed the output stage for a much louder one, identical to the first gain stage in EMBLA and that was really all I needed to do. You're left with a punchy, mid-focused, loud octave fuzz that sits exactly where you want it to.

Years later I discovered it works really well without the octaving too, and so I made it into this ever-expanding piece that grew way beyond its initial scope. This was a regrettable mistake.

ODIN is the one-eyed all-seeing god. The wise. The Wanderer. This pedal is the most powerful device you can have as a touring musician and its one-knob layout is an obvious allusion to the real life Odin. The simple layout calls for your own playing dynamics, volume knob control and musicianship to coax the sounds you want out of it, and that's how I think this thing works the best!