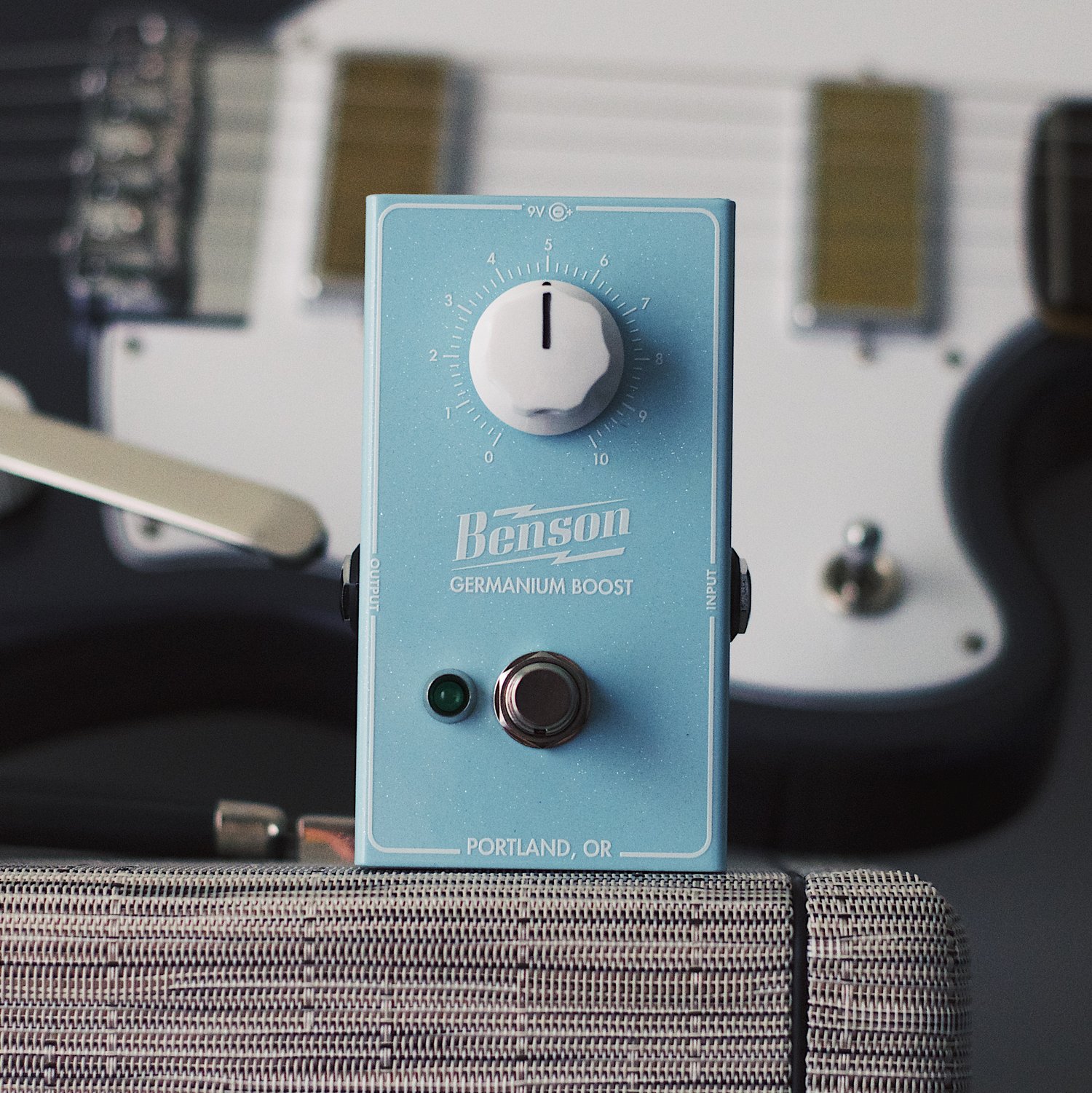 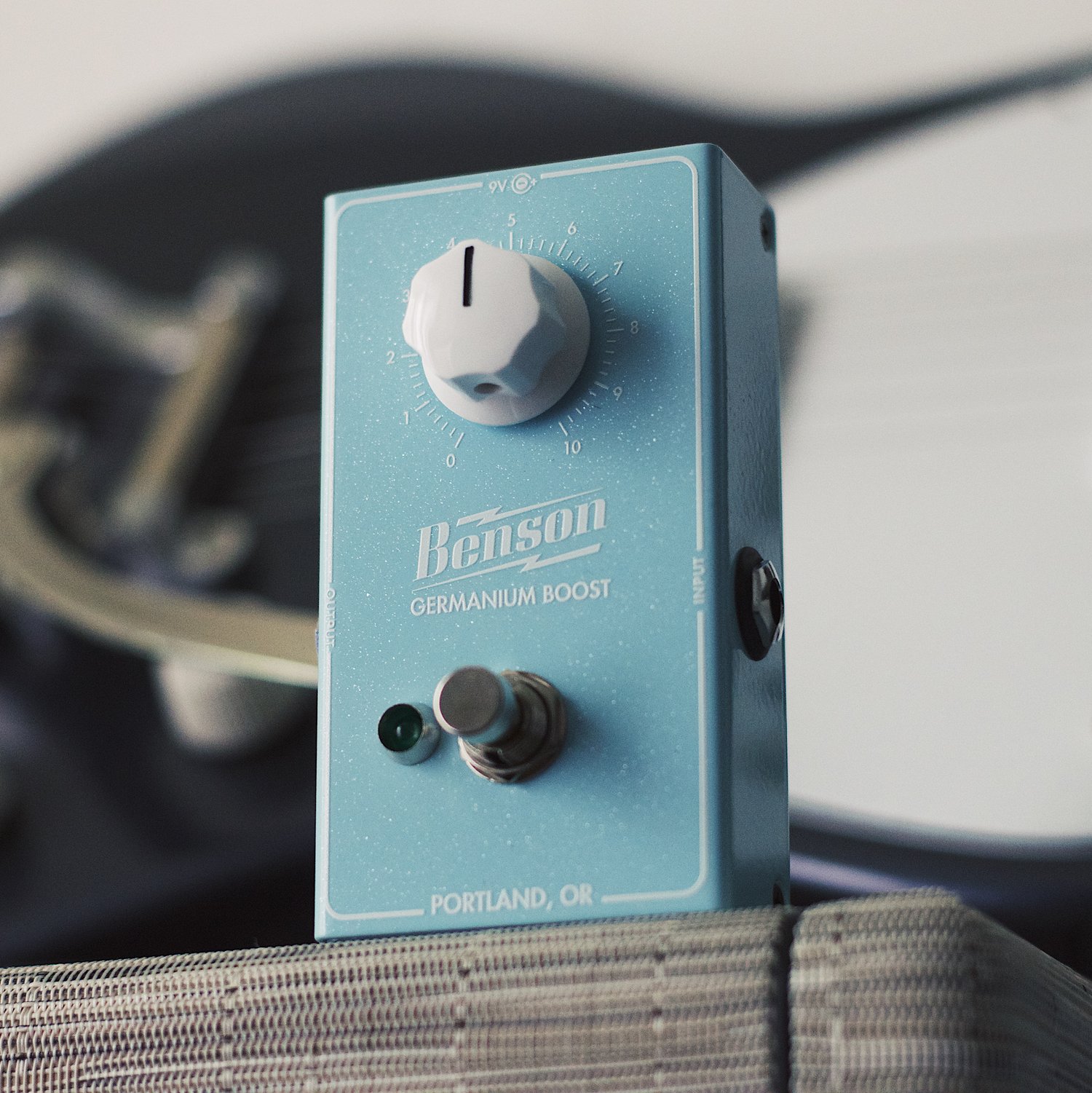 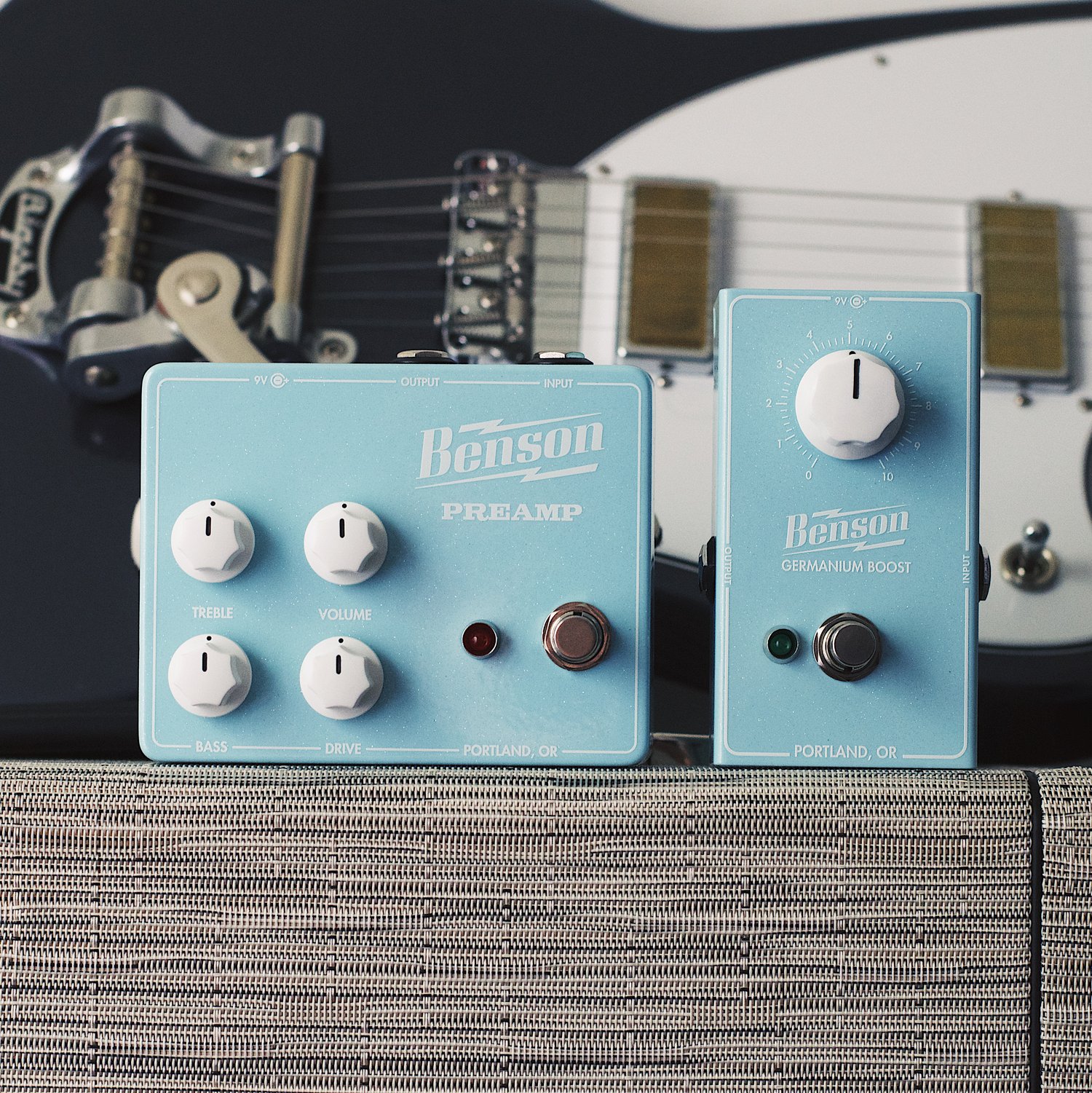 More from the builder:
When designing the temperature controlled fuzz, we tried some weird approaches. One of the things we tried was utilizing a voltage controlled error correcting circuit to bias a single germanium transistor. It ultimately didn’t work for the fuzz, since that circuit is comically sensitive to transistor gain attributes.
We did find a place for it though.

It turns out it was PERFECT for achieving a germanium clean boost that, (like our fuzz) is impervious to component drift, leakage, and temperature....moreso in fact. We also fixed a couple other issues preventing the germanium transistor from being used as a convincing linear boost...we increased the input headroom (even a normal guitar signal will drive a germanium transistor into unwanted input distortion without some tweaks) and increased the input impedance (a BJT transistor would normally thin out bass frequencies and interact neg- atively with whatever flows into it).
The result is a germanium clean boost where you can utilize a germanium transistor WITH- OUT the weird artifacts that were previously accepted as part of the deal...temperature sen- sitivity, drift, and suboptimal input impedance and headroom.

It takes about 10 seconds when the boost is first powered up for the error correction circuit to bias the germanium transistor. After that it gets interesting....we can hear how it makes guitar signals sound more musical...even when set at the same volume as the bypassed tone. It seems to bring out the attack of the guitar while simultaneously smoothing out notes, like a compressor but different. It’s hard to describe. It appears to cut the bad parts of a signal and enhance the good. It’s killer on bass. It helps acoustic guitar pickups sound more natu- ral. And of course it’ll push your amp into a frenzy.