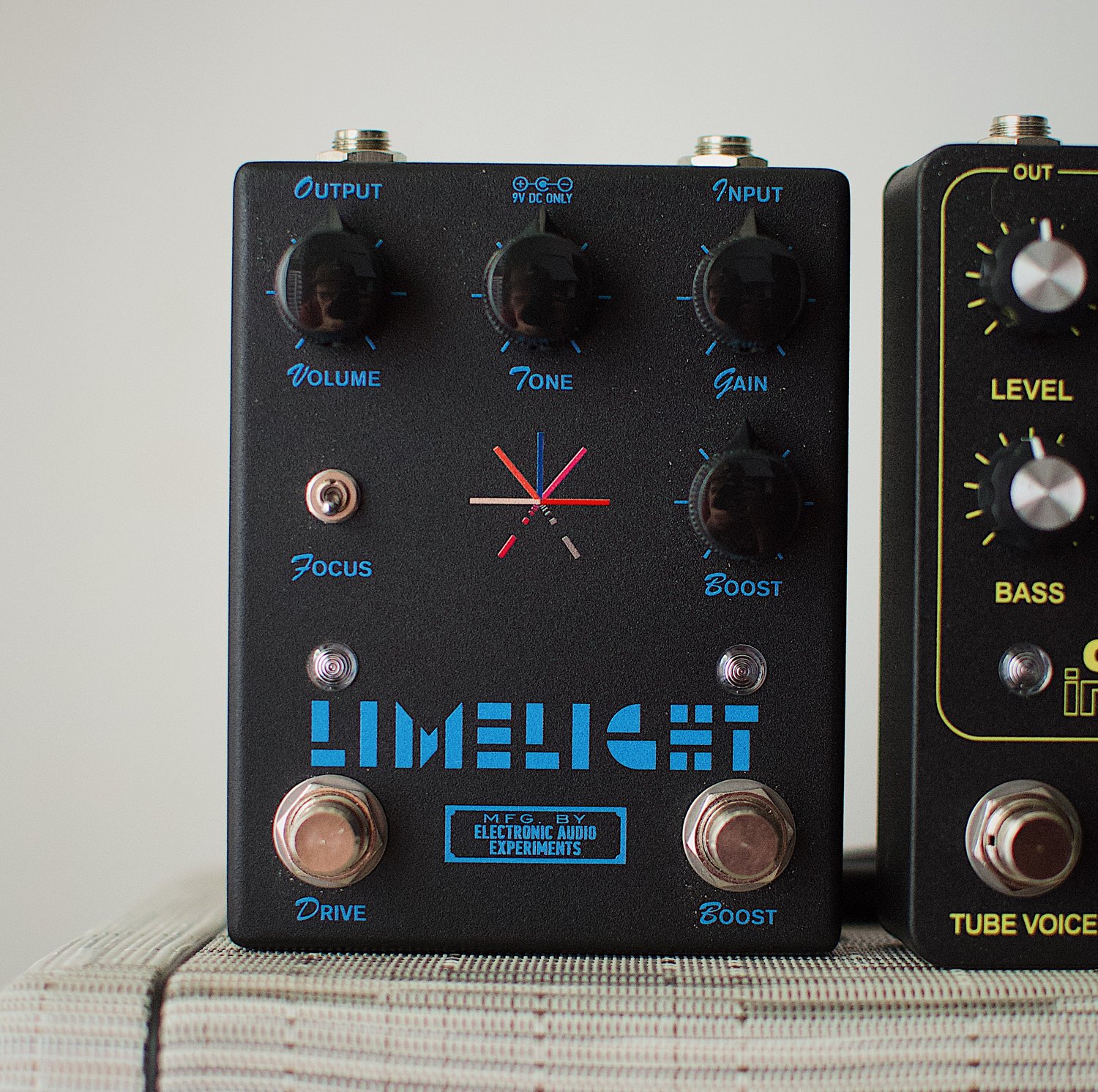 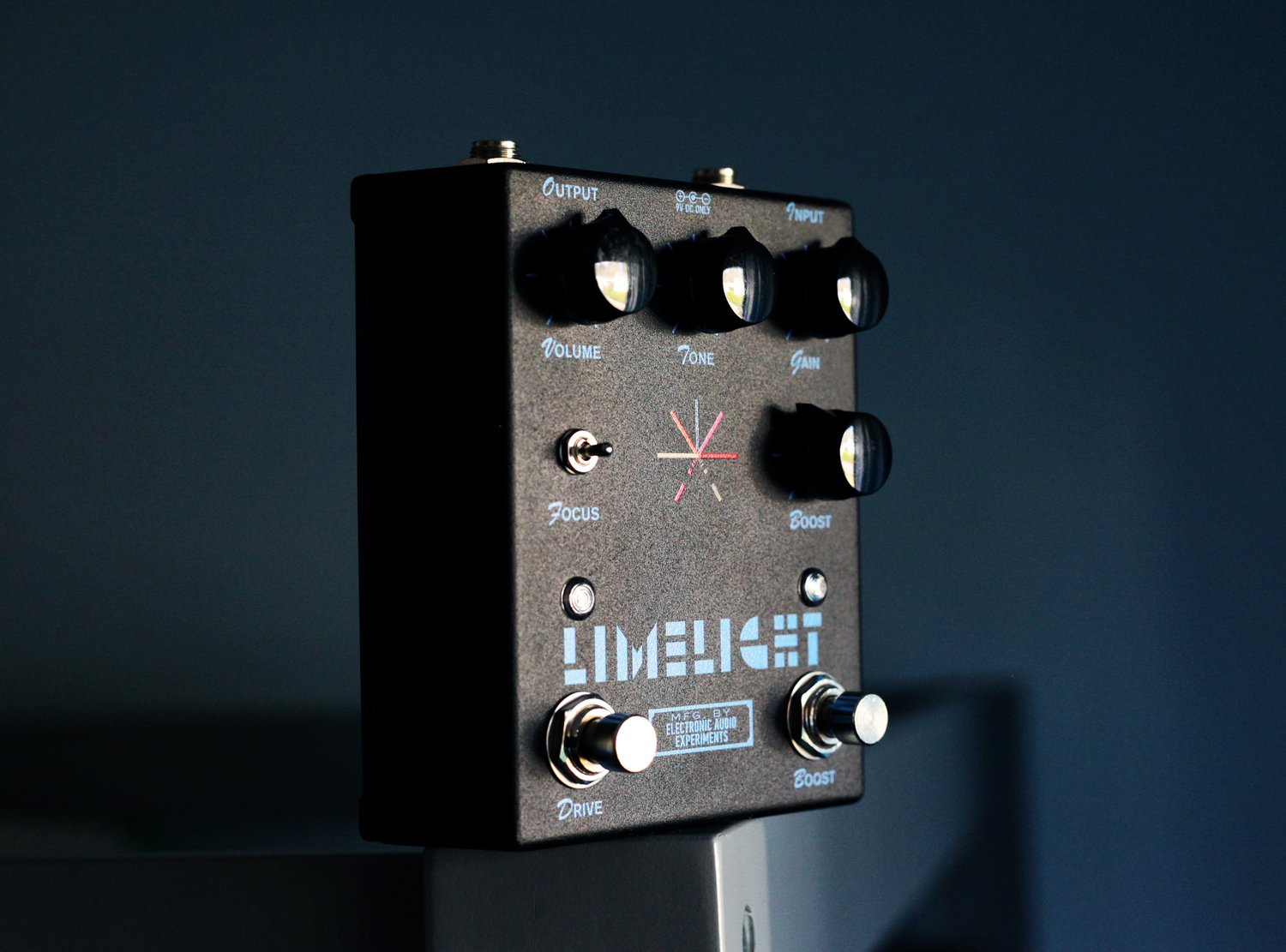 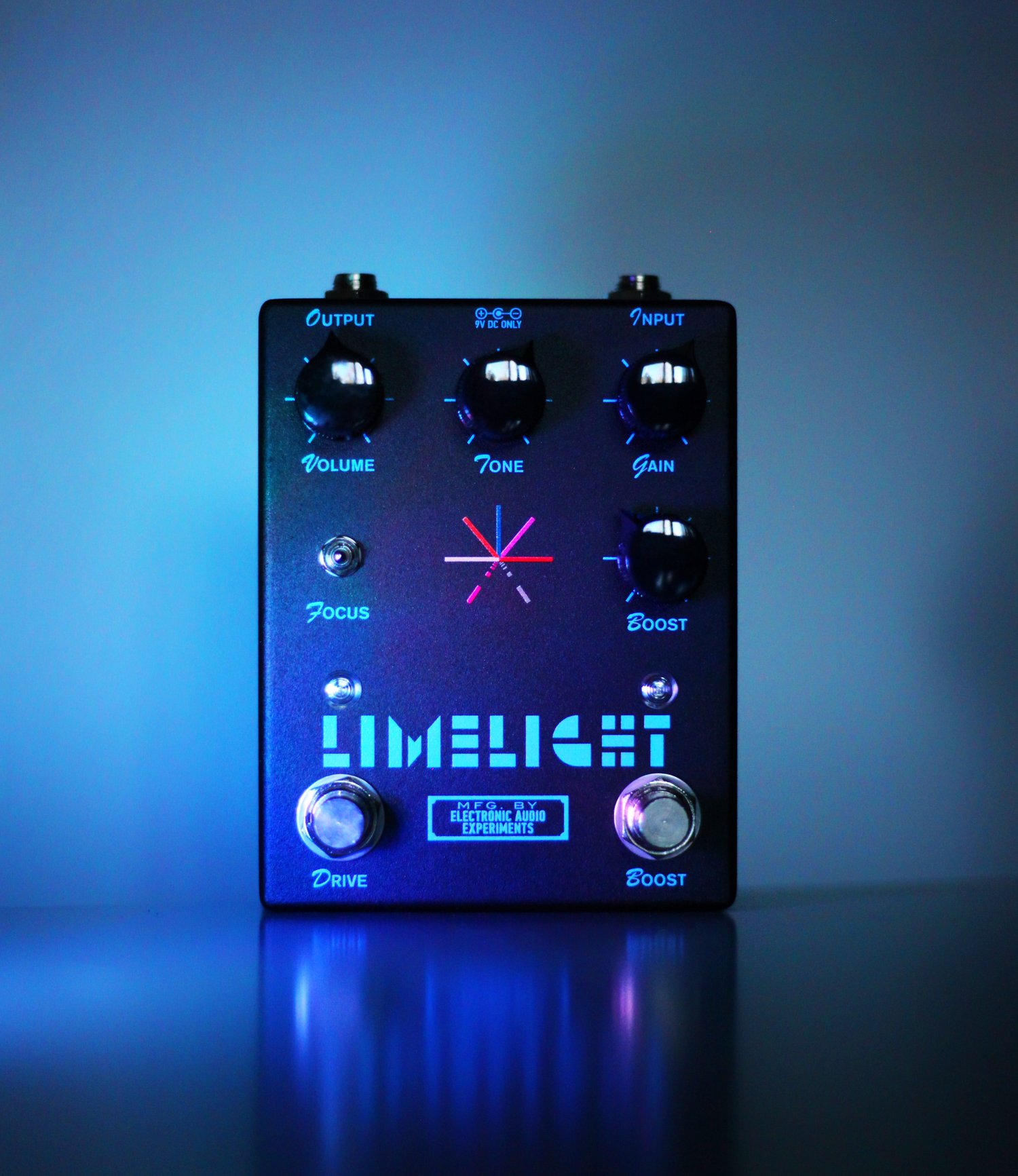 Limelight is a dual channel overdrive developed in collaboration with LA-based punk band Touche Amore. Since its limited release over a year ago, it has been one of my personal favorites for its sound and versatility. I was excited to hear John’s plans for a v2 relaunch and am thrilled to offer them here. Loosely based in the “breaker” camp of overdrives, Limelight excels as a low-medium gain overdrive with plenty of clarity and note definition. It also sports an independent boost that lives pre-overdrive. This is a perfectly voiced circuit to give either standalone boost or push the overdrive circuit into beautiful saturation. The two circuits in tandem make Linelight incredibly versatile. Oh, and the new enclosure aesthetic is pretty incredible!

More from the builder:

The distinctive bright, clear tones of guitarists Nick Steinhardt and Clayton Stevens form the foundation of TA’s impassioned brand of post-hardcore, letting their riffs morph effortlessly between serene clean passages and cacophonous blast beats. This pedal was originally developed to commemorate the release of their 2020 LP, Lament, but since earned its place in a wide variety of guitar rigs spanning genres.
In preparation for the recording of Lament, we worked with Nick and Clayton to create a new op amp overdrive with equal parts aggression and chime. While loosely based in the “breaker” lineage, we made significant changes to the circuit for superior articulation and a much wider range of gain. An independent front-end boost rounds out the package, perfect for adding power to clean tones or pushing the overdrive side into heavy distortion. While the primary goal was to help the band sound like their best selves, Limelight has a tone for everyone.